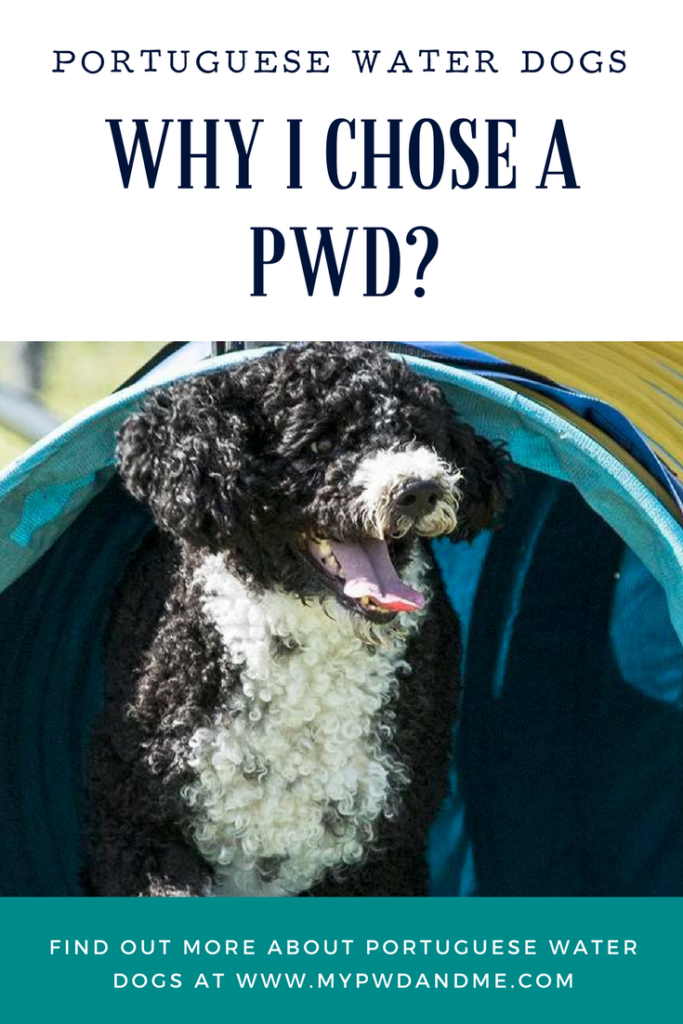 I met my first Portuguese Water Dog in 1986, I was 10 years old. At the time, my dad was playing tennis with a guy who had two brown “Porties” as they were affectionately called at the time. While many still use the term most people use PWD nowadays ~ this can be a hot topic of conversation with the *right* people. But I digress.

My dad took my mom, my sister, and I his home in Broomfield, Colorado to visit with two brown “Porties.” For the record nothing exciting ever happened in Broomfield in the 80’s. I remember them as being very sweet and friendly but they were a bit reluctant to cozy up to strangers.

At the time there were only 500 or so of them in the US. Finding one let alone two in a town of about 20,000 people was quite impressive and only something my dad could do.

My dad finally got his PWD in 1993, but unfortunately “Dexter” succumbed to Storage Disease (GM1) at 9 months old. This was a devastating loss that at the time had no diagnosis.

The Portuguese Water Dog Club of America has invested time and money into bettering the breed.  They found this gene deficiency in the late 90’s. Fortunately, we now have a test available for breeding dogs to prevent these puppy deaths. We never had another dog.

I got my first dog in 1998, the weekend the Denver Broncos won the Superbowl over the Green Bay Packers. 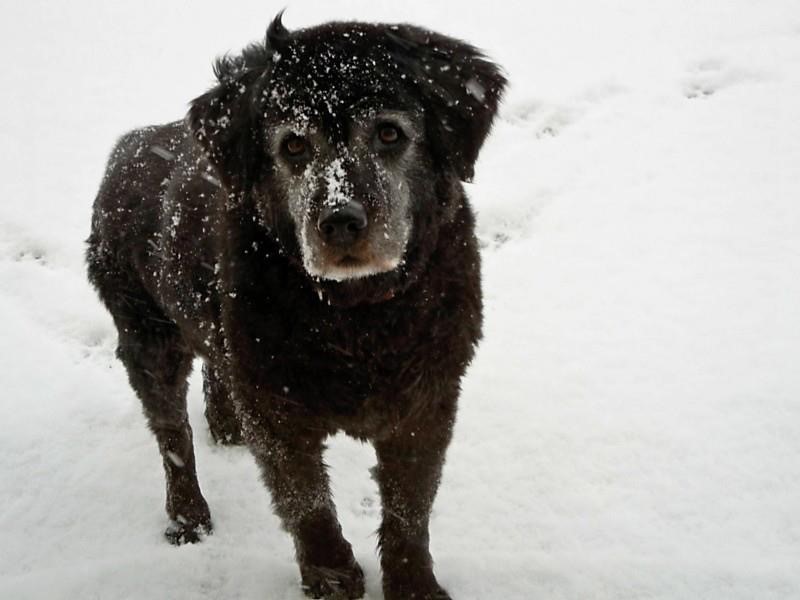 Molson was the best first dog a girl could ever have. She was a Chow Chow, Newfoundland, Retriever Mix who lived until 2011. Molson was five weeks old when I got her and just precious. She was stubborn and totally independent ~ to the point that she would take herself on a walk everyday without my knowledge.

I could go on and on about her and maybe I will someday……she was just an awesome dog!

Tuesday after Memorial Day in 2011 is when I found out that Molson wasn’t going to live much longer. The vet gave her 30 days but in Molson fashion she rocked life for another six months. I’m super glad that I had Molson as my first dog because I wouldn’t have survived a PWD in my 20’s.

The first breeder we called in Colorado educated us on GM1 Storage Disease that took our Dexter in 1993 and directed us to a breeder who had a litter. Miss Millie’s breeder hadn’t done the GM1 testing on her bitch or dog. It has mostly been eradicated but clearly is a concern for us and she gladly did so when we asked.

This was Miss Millie’s mom’s second litter and none of the first had any health problems so that was promising for me. Miss Millie was the last available female in the litter. I wanted a female and was hoping for a black wavy because that’s what Dexter was but alas it wasn’t in the cards. She is a black and white curly and a super curly curly at that. 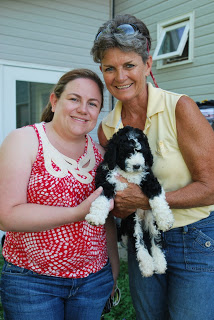 My mom went to visit the breeder’s home because I live in San Diego and wasn’t able to make the trip, she was super impressed and told me that she wasn’t picking the dog because if something went wrong it would always be her fault. She was totally right but it has all worked out well.

Thinking About a Portuguese Water Dog?

Now if you are looking into this breed I would highly suggest you do A LOT of research.

I knew enough about the breed to know that they would need a lot of training to not eat my house. You may think that is a facetious statement but it is not.

I met a person whose dog actually ate the stucco off his house. Unfortunately, he didn’t realize this breed cannot be left in a backyard all day until he had a large repair bill.

My cousin’s PWD used to chase her kids around the yard and knock them over to take their shoes off.

This isn’t a breed that you decide to choose on a whim. 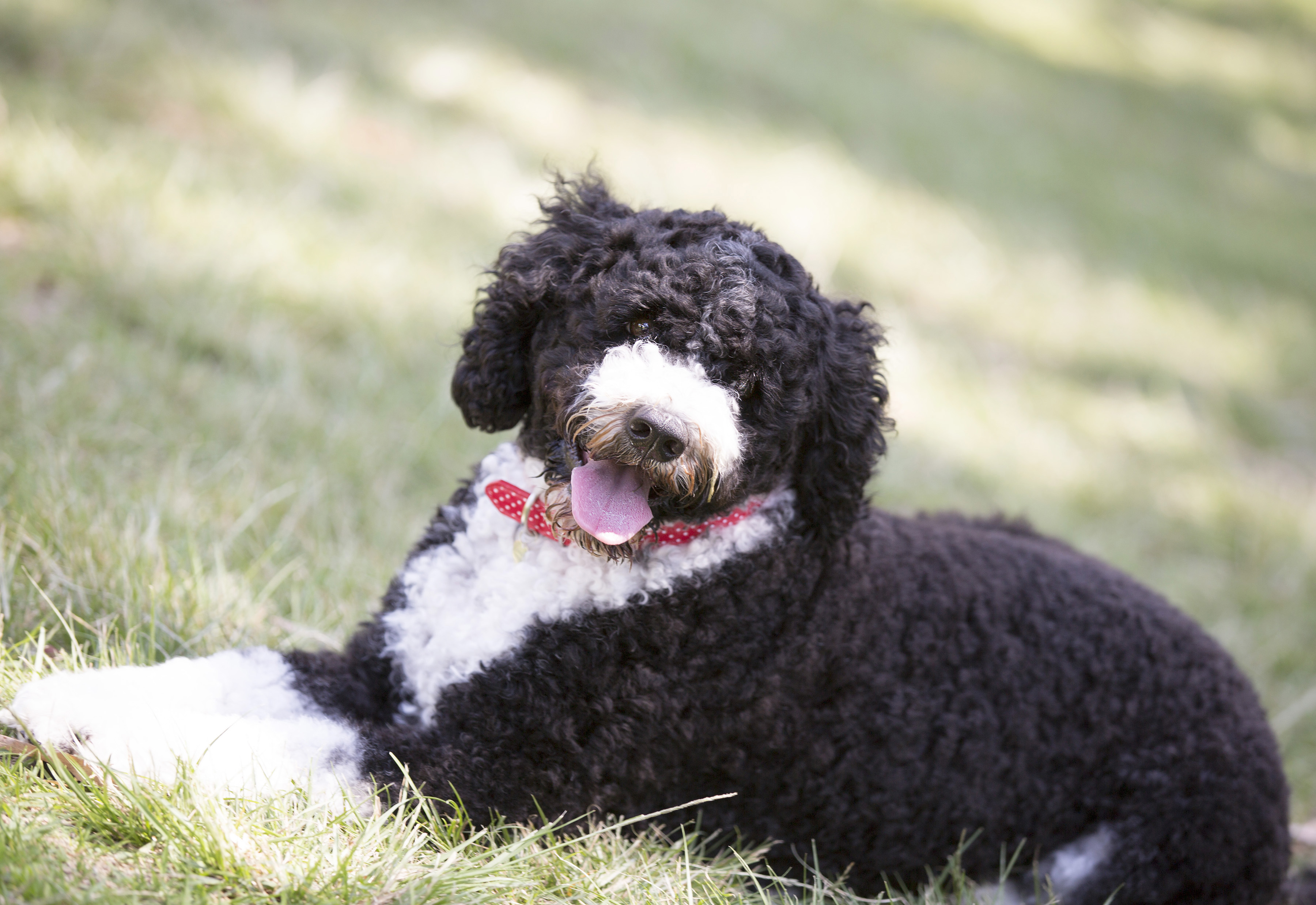 Good breeders do a good job of educating potential owners about life with a PWD. Everyone’s experience is different so I suggest getting a few opinions on owning a PWD, or really being owned by a PWD.

Here is a great Facebook Group that you can join with people around the world who own or have owned PWDs.

To read more about my experience owning a PWD pop over to this article.

Come check us out on social media to see what Miss Millie is up to!