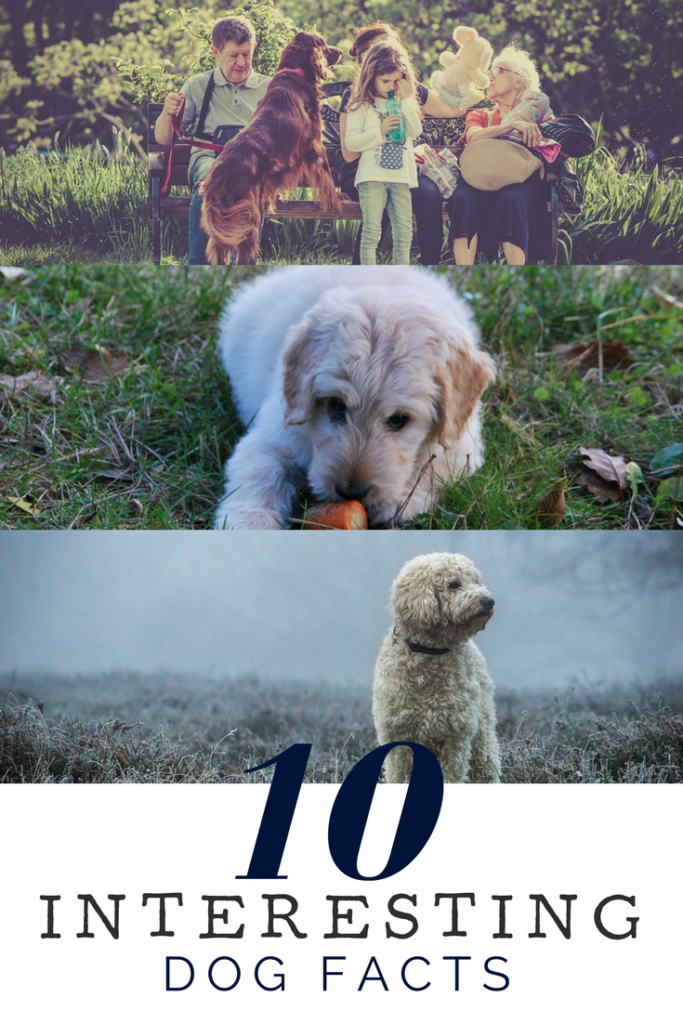 For fun I decided to compile a list of 10 Interesting Dog Facts. This list could be 20, 50, 100 but I thought 10 was a good number and made me really think about what I wanted to include. Hopefully you find this as intriguing as I did!

68% of ALL US households have at least one pet 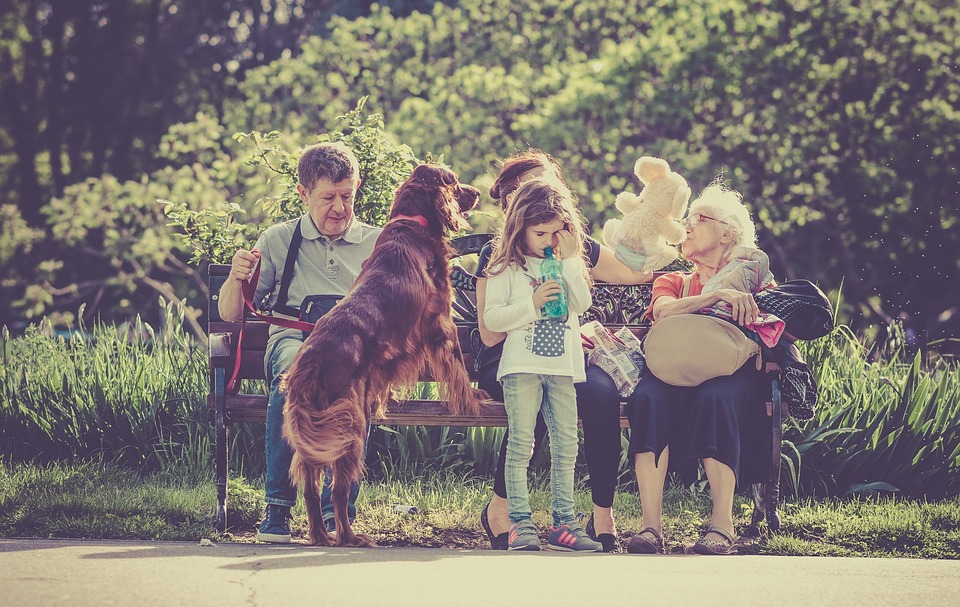 68% of US households have a pet

As of 2017 there were 89.7 million dogs in the US. Much to the chagrin of dog owners cats remain more popular with 95.6 million cats.

As with a lot of history there is some dispute of when the first dog lived. According to an article on NBC News, the first dog was found in a Goyet Cave in Belgium and it dates back 31,700 years.
The second oldest dog, which was found with human remains in Russia, lived 14,000 years ago. This has been the “generally” accepted first dog finding. 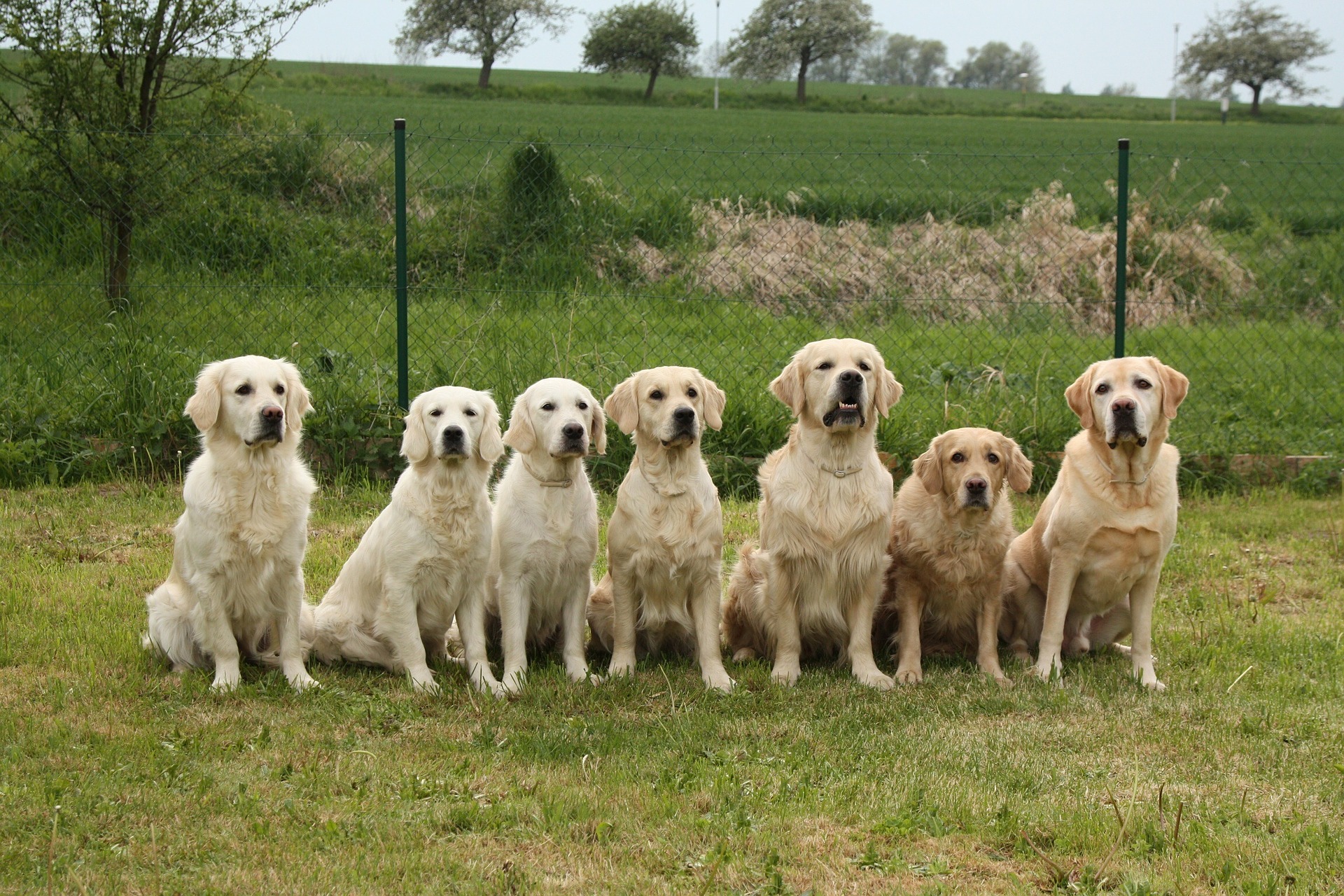 While a pack or kennel of dogs is more frequent. A group of dogs can also be referred to as a cowardice.

Don’t Make Faces at Your Dog

While you may know that your dog understands your tone you may not know your dog can read your facial expressions. In a study, dogs recognized happy faces more easily than other emotions. However, those that were trained to recognize other emotions could do so just from pictures.

Dogs Can Be Empathetic

It’s true dogs can relate to humans emotions, there have been multiple studies done that prove dogs relate well to their owners. 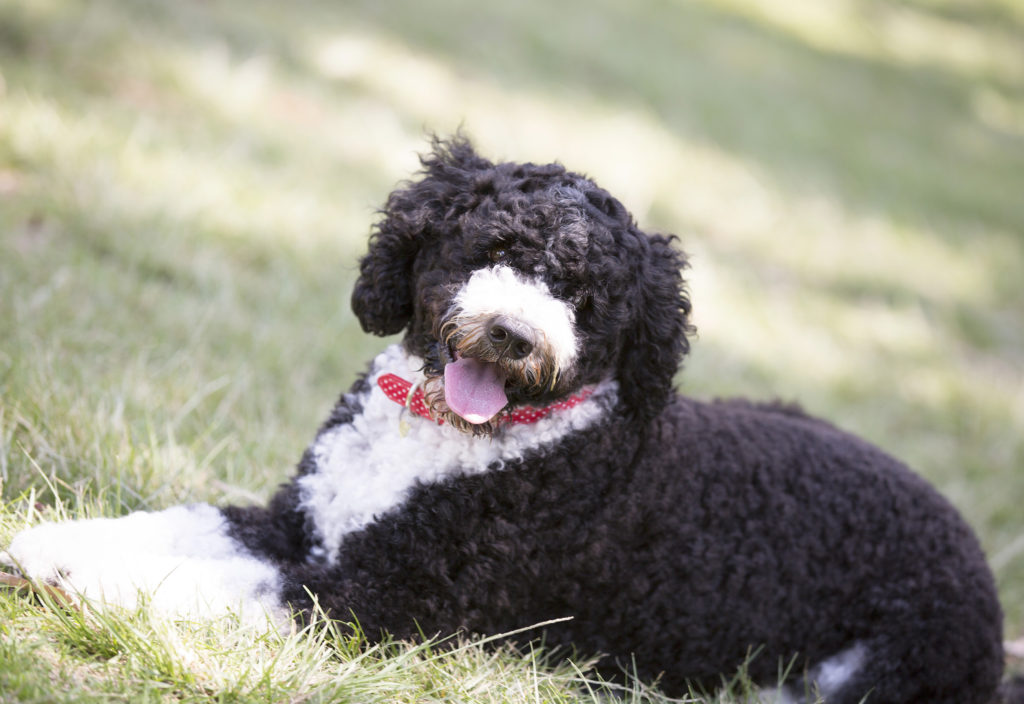 This is a personal narrative of dog empathy. Miss Millie is terrified of one person and has been for 6 years, there is truly no reason for her fear and we’ve tried everything to desensitize her but she is stubborn. That said, we were at an agility class and her archenemy arrived with only one of his dogs. Our trainer asked if everything was ok and he said no, but didn’t elaborate any further. Miss Millie spent the whole class going up to him snuggling him, kissing him, and generally being sweet to him. At the end of the class he told us that their older dog had succumbed to hemangiosarcoma earlier in the week. The next day Miss Millie saw him at swim school, where he never had his older dog and she was back to her old antics of being terrified of him. This was all the proof I needed to be able to say that dogs really are able to show empathy.

Dogs Can Space Out 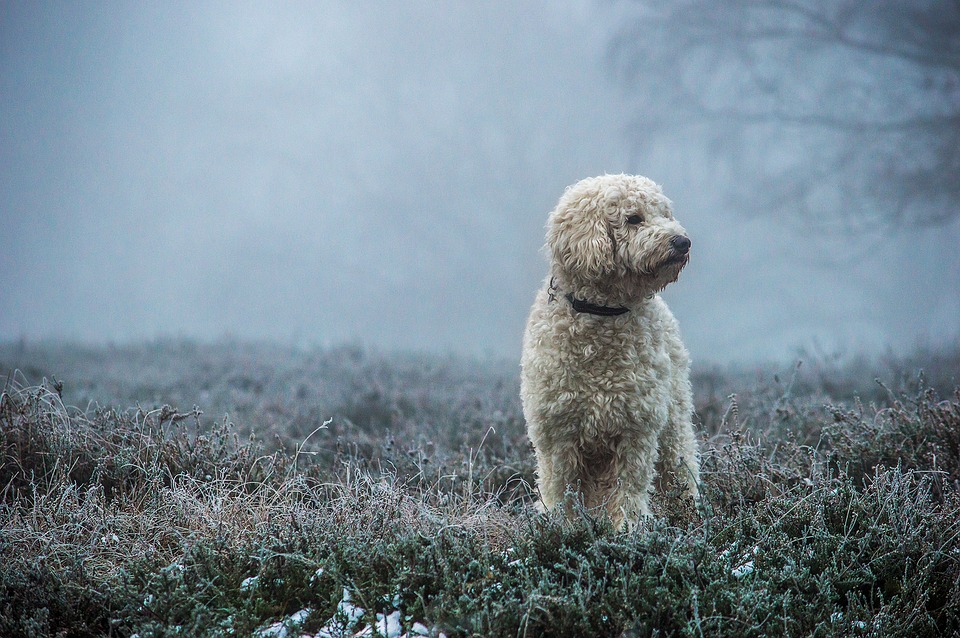 Like humans, dogs can stare off to space aimlessly. They will follow their humans gaze into space. If your dog is trained, they are more likely to space out at you rather than into the far distance. A study was done with 145 border collies that ranged in ages, so you can truly say your dog spaces out. 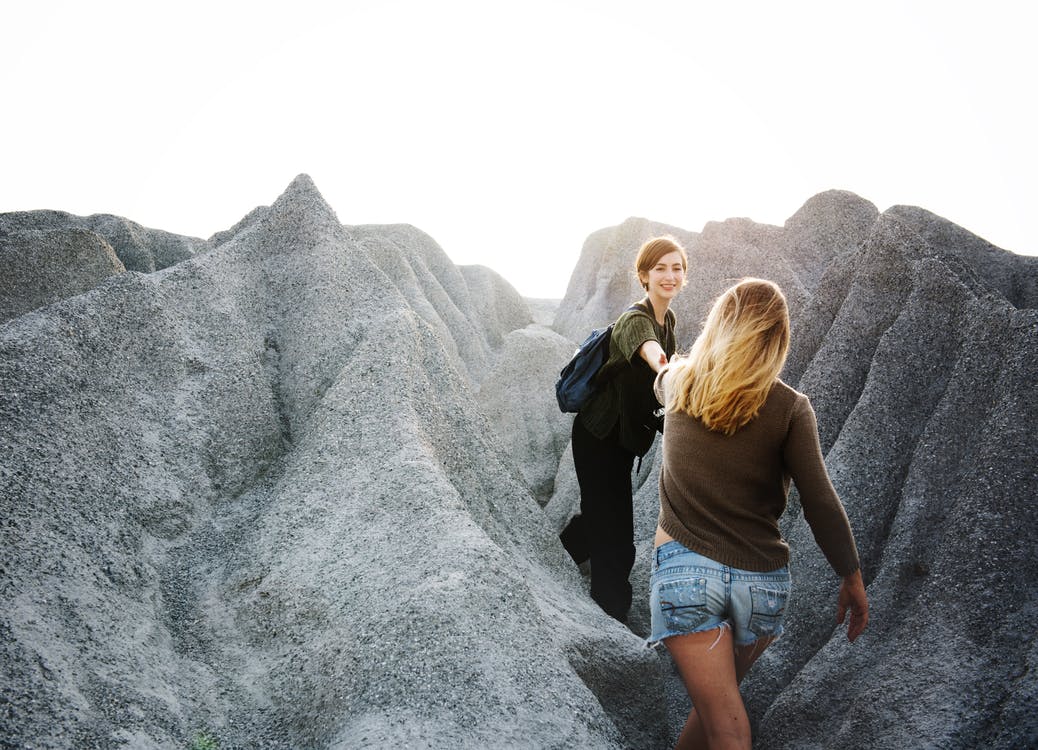 According to a study done in 2015, dogs do not like people who will not help their owners. It’s true, dogs are less likely to take a treat from someone who has intentionally ignored their humans ask for help. The dogs’ avoidance suggests that social eavesdropping, or social evaluation of third-party interactions, may be similar to humans.

There are five vendors that have 70% of all dog food sales in the US ~ Nestle, Mars, Big Heart, Colgate, and Blue Buffalo 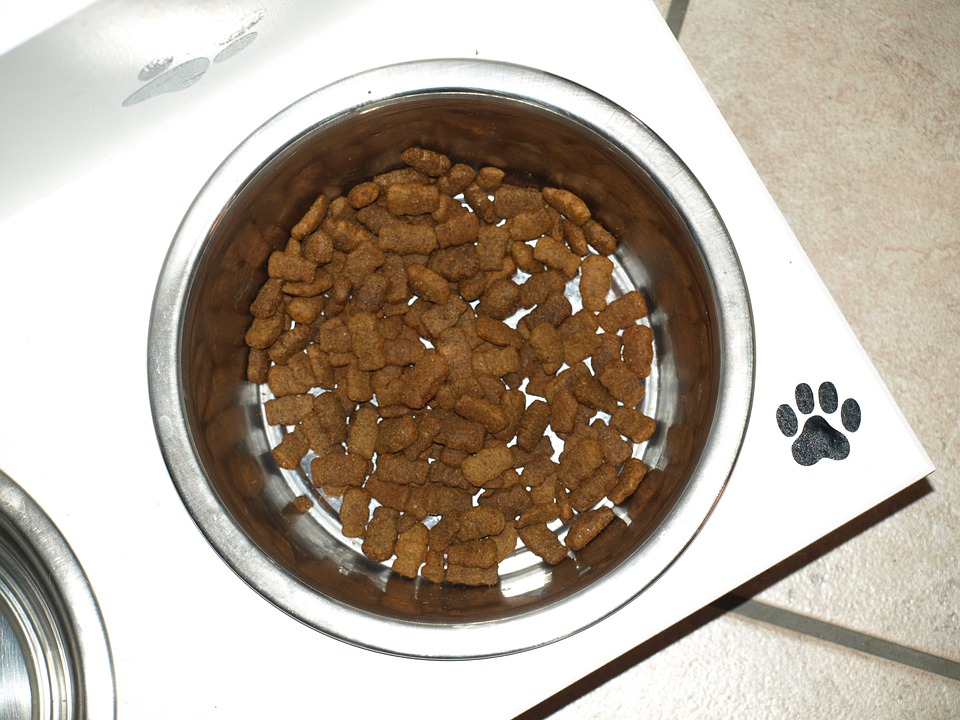 Nestle Purina PetCare Co is the leading dry dog food vendor in the US bringing in $2.3 BILLION in 2016

Dogs have about 1700 taste buds compared to humans who have 9000. Cats on the other hand only have 740 taste buds.

Dogs can taste sweet, sour and bitter. They can taste salt but it doesn’t have a predominance because meat is so salty and that is their primary food source. 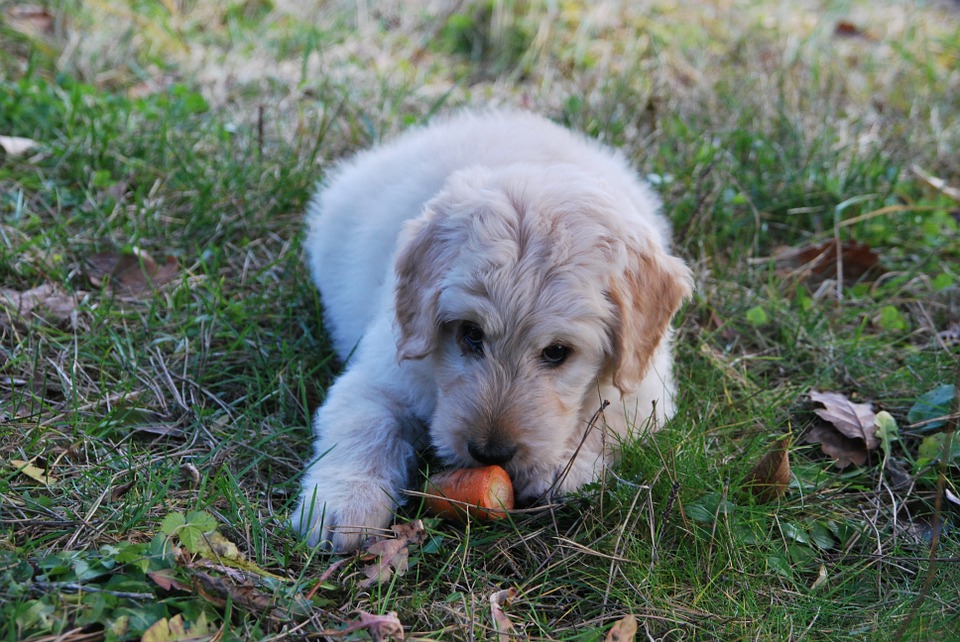 Dogs bitter taste buds are at the back of the tongue which explains why some of the no-chew products don’t work.
Unlike humans, dog have water taste buds. After a particularly awesome meal it can actually make the water taste even better.

The Sapsali is a shaggy Korean breed of dog that is NOT recognized as a standardized breed by any major kennel club. This breed has been around as early as 37BC. 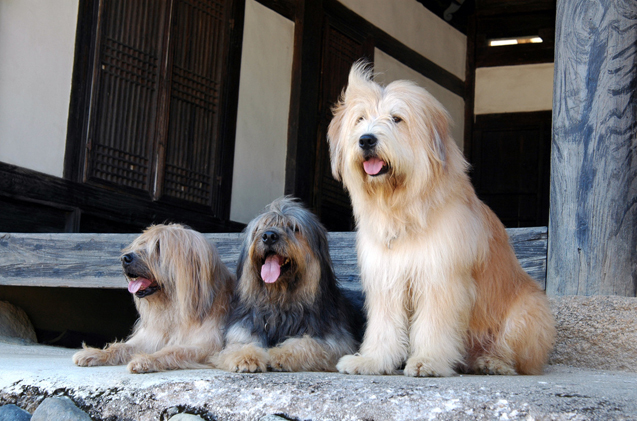 The breed was nearly extinct after WWI and the Korean War; in the 60’s a group of professors from the Kyungpook National University worked to revive the breed and by the 80’s it was out of the woods. The breed was designated as a National Treasure by the Korean Government but is still largely unknown outside of Korea.

Hopefully you picked up a thing or two in this list of 10 interesting dog facts, I would love to hear some random facts you have. Drop me a line!