As an owner I hear one of the two following: what a cute Doodle or that’s a Poodle. Very rarely does someone identify Miss Millie as a Portuguese Water Dog. Which means our breeders are doing a great job breeding to better the Portuguese Water Dog Breed. 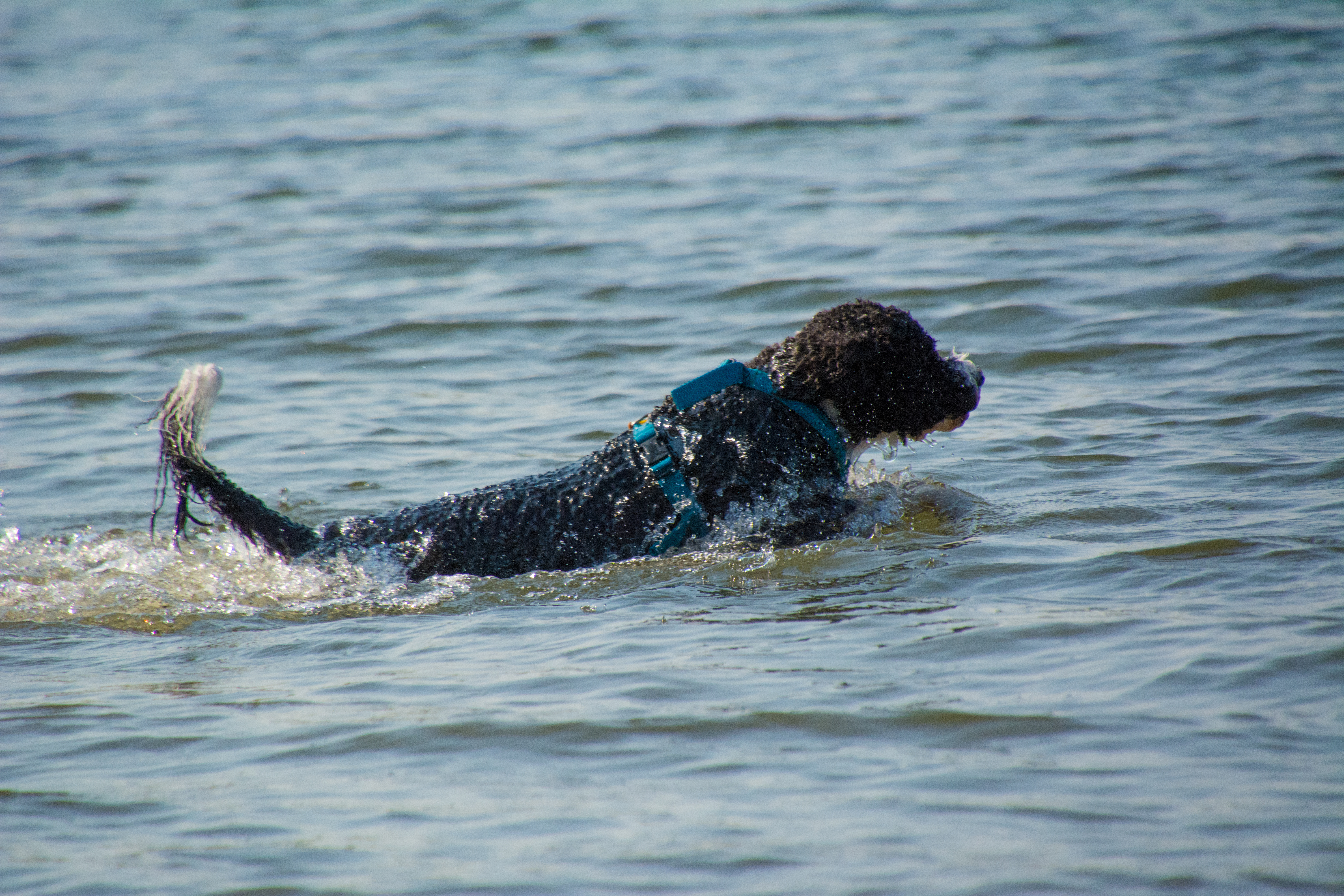 Known for centuries along Portugal’s coast, this seafaring breed was prized by fishermen for a spirited, yet obedient nature, and a robust, medium build that allowed for a full day’s work in and out of the water.

The Portuguese Water Dog is a swimmer and diver of exceptional ability and stamina, who aided his master at sea by retrieving broken nets, herding schools of fish, and carrying messages between boats and to shore.

He is a loyal companion and alert guard. This highly intelligent utilitarian breed is distinguished by two coat types, either curly or wavy.

It has an impressive head of considerable breadth and well proportioned mass; a ruggedly built, well-knit body; and a powerful, thickly based tail, carried gallantly or used purposefully as a rudder.

The Portuguese Water Dog provides an indelible impression of strength, spirit, and soundness. 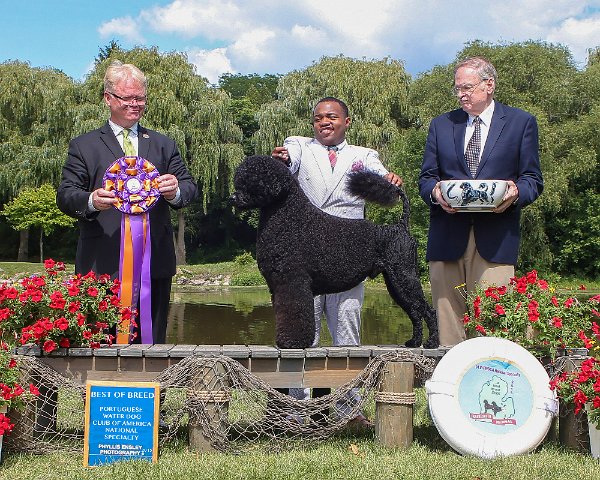 An animal of spirited disposition, self-willed, brave, and very resistant to fatigue.

A dog of exceptional intelligence and a loyal companion, it obeys its master with facility and apparent pleasure. It is obedient with those who look after it or with those for whom it works.

~ What The Breed Standard Really Means ~

What does this really mean for the potential owner? It sounds nice but really…..what kind of dog is this? I personally like this interpretation that truly describes the breed  (and I don’t know who to attribute it to but it isn’t from me)

Notorious as a brawler for centuries along Portugal’s coast, this seafaring breed was prized by fishermen for a pushy nature.

Their robust, medium build needed the mental and physical demand’s of a full day’s work in and out of the water to reduce it’s energy level to one that allowed it to hear and obey it’s master’s commands.

The Portuguese Water Dog seeks and loves to splash and wallow in mud, water bowls, toilets with open lids, and any liquid–water, paint, etc. It does this with great finesse and stamina, unendingly. 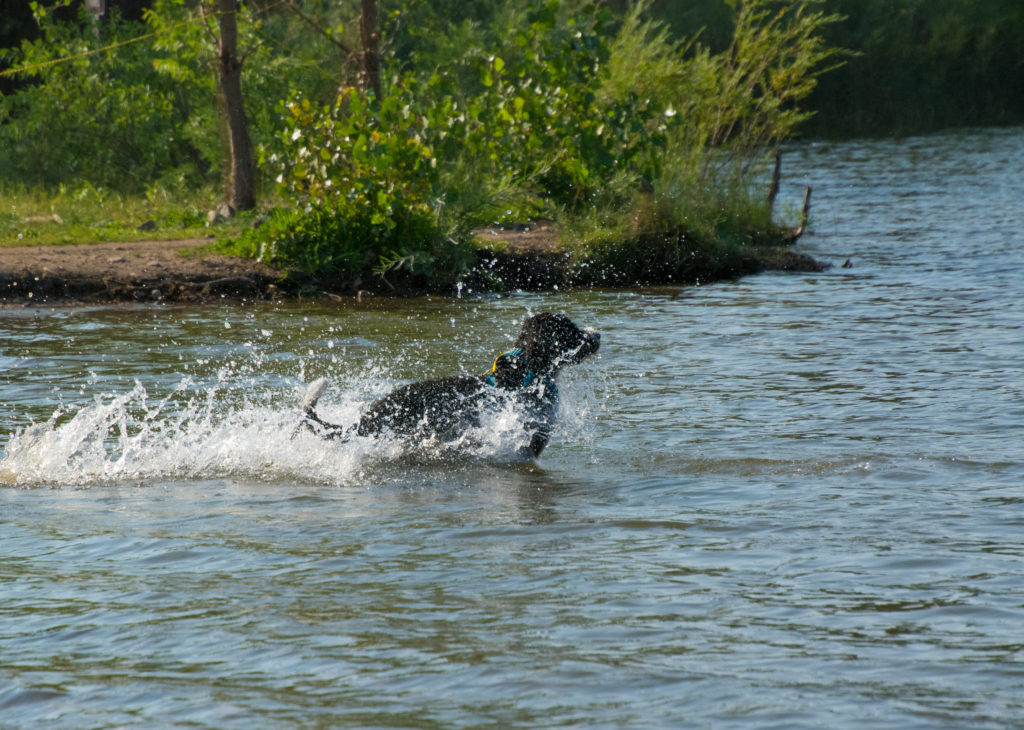 While aiding his master by retrieving any item that it sees and wants to carry, regardless of size, delicacy, or ownership. Its incessant retrieving instinct leads to a dog that must have something in it’s mouth to carry, chew on, or swallow, whether that item be edible or decorative, such as furniture.

He is a clinging companion and an incessant alarm barker.

This highly manipulative breed is distinguished by two coat types, either curly or wavy, which require extensive grooming, bathing, brushing, combing, detangling, etc. far in excess of the time that would be spent vacuuming up dog hair if it were to shed. Which it does not…carrying dirt, twigs, dust, mats, etc. around with it until groomed. 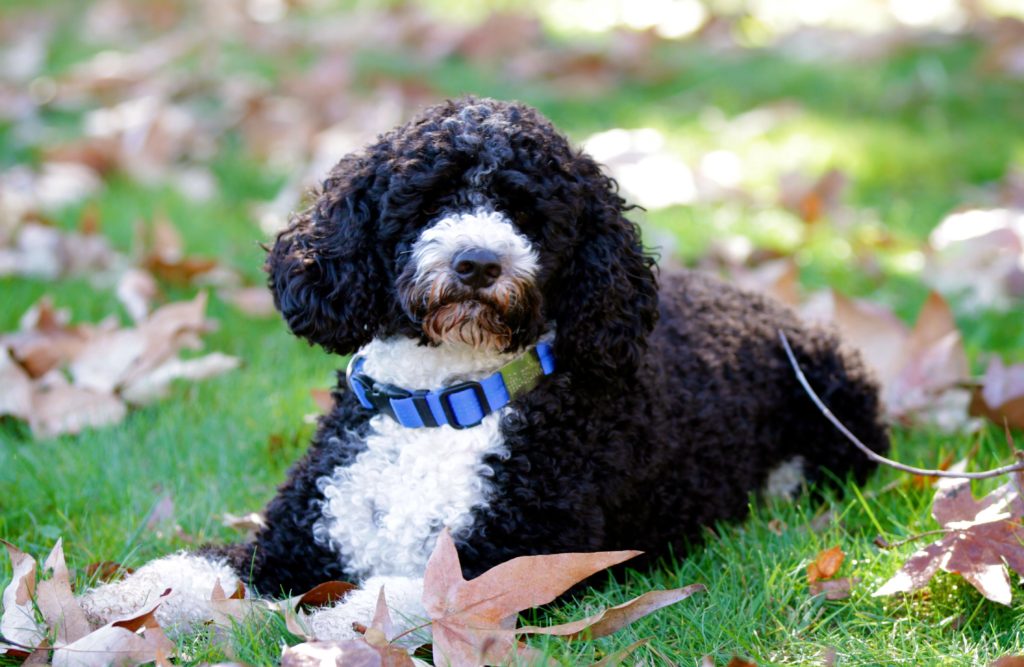 It has an impressive head of considerable breadth and well proportioned mass, which it uses for head and body rams.

A ruggedly built, well-knit body which enables it to counter-surf and jump onto tables and over fences.

And a powerful, thickly based tail, carried gallantly or used purposefully as a rudder or to clear items off coffee tables and destroy Lego constructions built by children on floors.

Direct, rude, and demanding. The Portuguese Water Dog likes to be at eye level with humans, resulting in an almost un-extinguishable jumping-up greeting behavior.

An animal with a mind of its own, brash, and ADHD.

A dog of exceptional ability to manipulate people and its environment, and a strong desire to lead. It has an incessant desire to be around humans that it can bend to its wishes.

If trained by a person with patience, superior intelligence, and unilateral focus, it will obey its master with facility and apparent pleasure until it decides to test or until it devises an alternative to try. 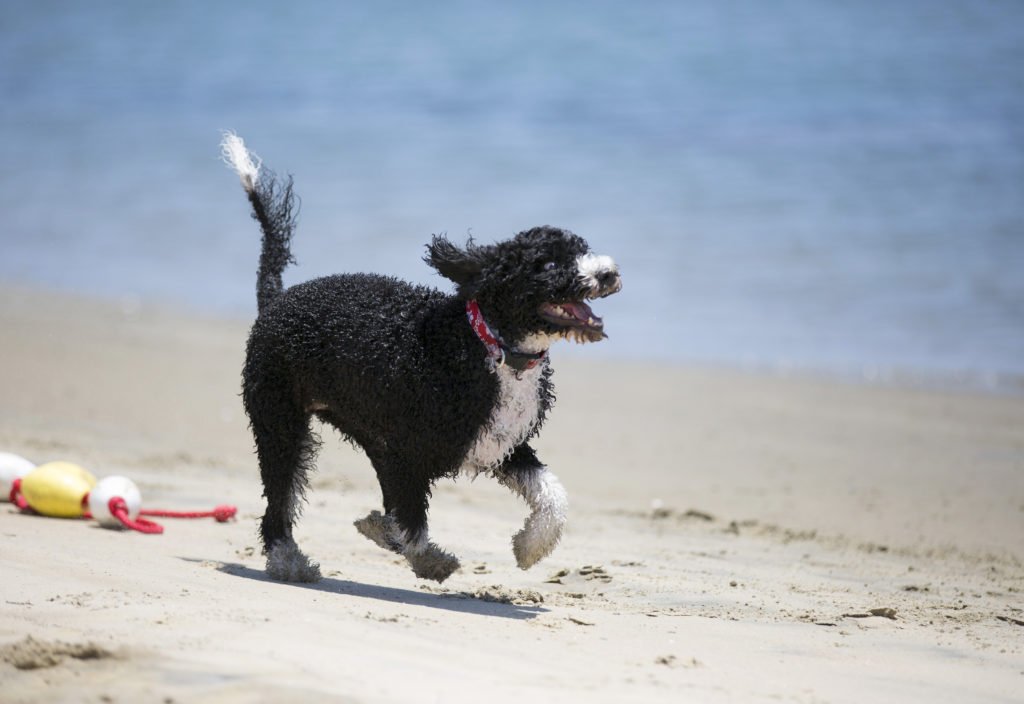 Miss Millie with the zoomies at the beach

That is the breed that I love and choose to share my home with…want to learn more about us? Check out where you can find us on social media 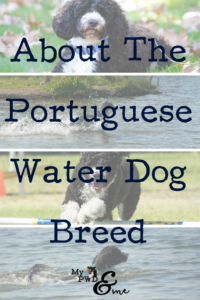